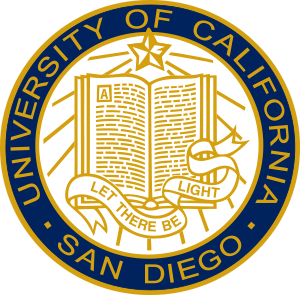 We do a lot of proofs as part of this project, many of them using induction. In computer science, we’re usually taught that induction can prove facts about natural numbers, lists, trees, and other discrete structures. But in VeriDrone, we deal with the physical world, which means we work with real numbers. Can we use induction to prove facts about the real numbers? It turns out we can, though the induction rule is more subtle than you might expect. 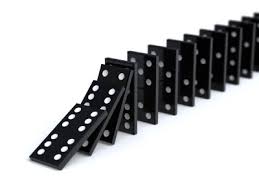 Now suppose we want to prove some other property using induction, but is a property of real numbers. Attempting to apply the same induction principle, we can prove that holds on all non-negative real numbers if we can prove

It’s not really clear how to complete the inductive step. What is the “next” real number after ? The real numbers are dense, which says that for any two real numbers that aren’t the same, there’s another real number between them. This means that there isn’t really a notion of a next element in the reals, as there is for natural numbers, lists, trees, and all the other structures we normally perform induction on. Real numbers are not like dominoes.

While there isn’t a next real number, we could consider the “next” element to be a non-empty interval of real numbers. Following this reasoning, the inductive step for real numbers would require one to prove

Unfortunately, this isn’t quite sufficient. The problem is that we can continue to take positive steps forward without ever covering all the real numbers. That is, we might only prove for all real numbers less than some bound:

There are a couple ways to resolve this issue. One is to ensure that each step is always at least as large as some positive constant. However, we’ll take an alternate approach. In this approach, we’ll make sure that if we prove for all numbers less than some bound (e.g. 1 in the above image), then we prove it for that bound as well. Formally, this means we need a second inductive step:

To summarize, the full induction theorem states that we can prove that our friend holds on all non-negative real numbers if we can prove:

Note that we’ve weakened the first inductive step by assuming that holds on all . This is possible for discrete induction as well.

The following is a more formal proof, following the proof style from this paper.

Of course, I didn’t come up with any of this myself. I took the theorem and proof from this paper, which mentions a number of other papers presenting some version of the theorem.

My esteemed colleague Gregory would also like me to mention that this result leverages the topology of the real numbers, though I’m not sure if anyone really knows what that means.

The above paper gives many useful applications of real induction. Here, I’m going to illustrate how it works on a very simple example, inspired by the following simple application of discrete induction. Consider an infinite sequence of numbers where and . Suppose we want to prove that . We can do so by induction over the index into the sequence, which is a natural number.

Now let’s take a look at a continuous version of this property. Suppose we have some function such that . Moreover, suppose we know that . We would like to prove that . As in the discrete case, we do so using induction, but this time using our induction principle for the reals. The base case (I) is trivial, so we need to prove two inductive steps. First,

This follows from the limit definition of a derivative. Informally, there is some neighborhood around such that for any point in that neighborhood, the slope of the line from to is between and . In other words, the slope is nonnegative. More precisely, we instantiate in the limit definition with so that for any line, . This implies that , and by the induction hypothesis. The size of the neighborhood serves as in the above property. The following image depicts this:

The second inductive step is

This property follows from continuity of . Suppose . Then by continuity, there is some other point such that , which is a contradiction.

Of course, if we actually wanted to prove this property formally, we probably wouldn’t rely on such low-level definitions and would probably instead rely on general theorems about derivatives. Nevertheless, I hope this example helps to provide some intuition for real induction and a nice comparison with discrete induction.